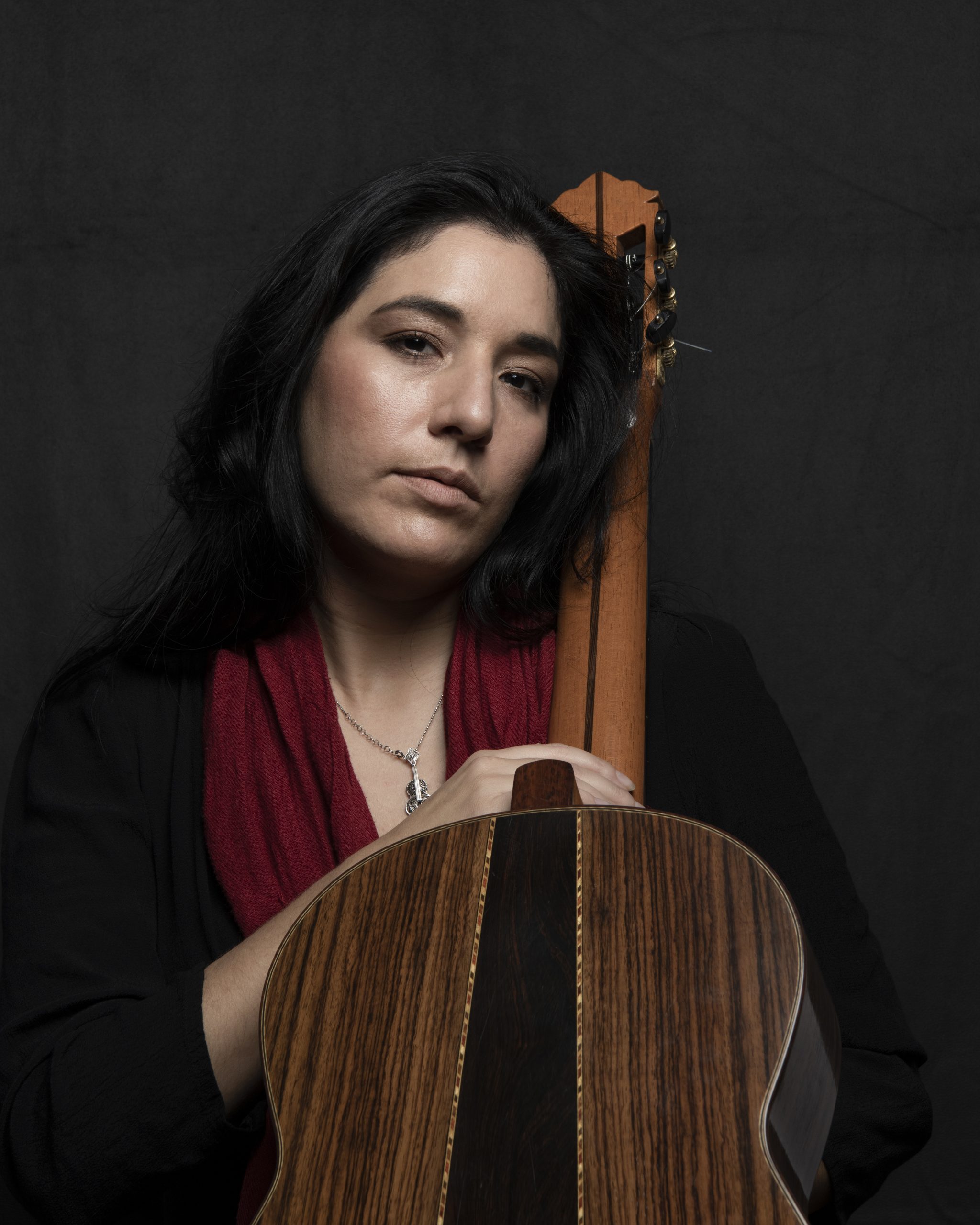 Elodie Bouny was born in Caracas (Venezuela) and growing up in Paris, where he undertakes a complete classical study course, focused on the study of classical guitar at the Boulogne-Billancourt Conservatory (Paris). He obtained his final diploma in 2000, with the highest mention unanimously. Then, he improves with Pablo Márquez at the Conservatory of Strasbourg, where he finds the opportunity to expand his knowledge and open his field of work, in particular, to old music and improvised music. He finished this second course in 2005, when he graduated, obtaining his D.E.M. (Diploma of Musical Studies). During these years of study, he complements his training following numerous MasterClasses with eminent personalities and participates in classes related to South American music, integrating for a few months the courses of the National Folklore Conservatory in Buenos Aires, directed by guitarist Juan Falú. She holds a Master's Degree in Music Education from the School of Music at the Federal University of Rio de Janeiro (2012), and a PhD in Creative Processes from the same institution (2019). In 2013, his master's dissertation is published in the New Academic Editions with the title: Classical guitarist and popular guitarist: Investigating differences in musical education (ISBN 978-3-639-68569-5).

His first CD, Terra Adentro, dedicated to the Latin American repertoire, was released in 2011 by the Rio de Janeiro label A Casa Produções and has artistic production by Yamandu Costa. He currently develops several projects: Iroko Trio (with Marcelo Caldi and Carla Rincon), Duo Andrea Ernest-Dias and Elodie Bouny, and plays punctually with Yamandu Costa de duo, in addition to his work as a soloist. Member of the Guitars Camerata from 2012 to 2016. She is the director of the guitar composition contest “Concurso Novas” which is in its fourth edition in 2019. Recently, the São Paulo Municipal Theater Orchestra commissioned him a piece for soprano and orchestra (Meia Lágrima) that was premiered in May 2019 by soprano Marly Montano under the conduction of Roberto Minczuk. His piece for guitar quartet Déja Vu was selected for the XXIII Biennial of Contemporary Brazilian Music and had a Brazilian debut in November 2019 at Sala Cecilia Meireles. She was a substitute guitar teacher at the Institute of Arts and Design at the Federal University of Juiz de Fora in 2019. In 2022 his opera Men of paper will be premiered, which was commissioned by the Municipal Theater of São Paulo.

Join us for this workshop on the guitar composition process, given by Elodie Bouny.

(ACTIVITY IN FRENCH ONLY)