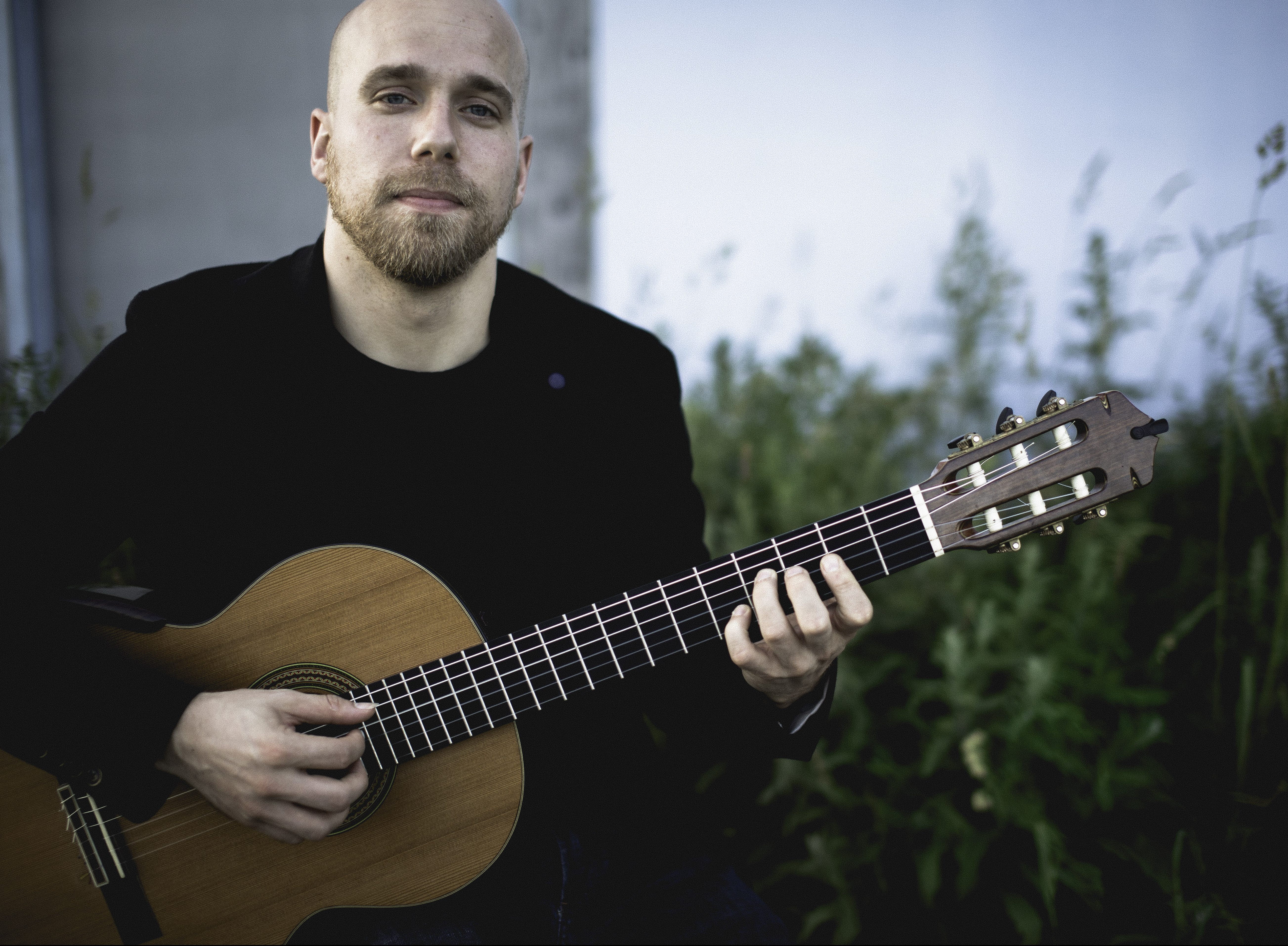 Canadian guitarist Steve Cowan has performed and taught extensively throughout Canada, the United States, and Europe. His critically acclaimed debut album, “Pour guitare”, features exclusively Canadian music and has helped to establish him as “one of Canada’s top contemporary classical guitarists” (Classical Guitar Magazine). He has commissioned several new works for guitar and given world premieres in major cities such as Paris, Toronto, and New York.

An active chamber musician, Steve performs regularly with Forestare, a Montréal-based string ensemble. In 2021, he will be a Chamber Music New Zealand touring artist with flutist Hannah Darroch, as well as a Prairie Debut touring artist with guitarist Adam Cicchillitti. At the inaugural 21st Century Guitar Conference in Ottawa, Steve and Adam premiered 9 new electroacoustic works by the New York-based composer collective, ICEBERG New Music. The duo also released an album of Canadian guitar duets, titled FOCUS, on the Analekta label in October 2019. A new duo album with Analekta is set for release in 2021, featuring arrangements of music by Debussy, Ravel, Mompou, and Tailleferre.

Steve has won awards at 10 major national and international performance competitions, 8 of which are first prizes. Most recently, he was the winner of the Tallinn Guitar Competition in Estonia, a prize which adds him to the EuroStrings touring platform for the 2020-2021 season. A distinguished teacher, he has given public masterclasses at the University of Victoria, McMaster University, Conservatorium van Amsterdam, the Royal Danish Academy of Music, and more. Originally from St. John’s, Newfoundland, Steve holds degrees from Memorial University, the Manhattan School of Music, and McGill University. His former teachers include Sylvie Proulx, David Leisner, and Jérôme Ducharme. As of 2019, Steve is on faculty as a guitar instructor at the Schulich School of Music of McGill University in Montréal.