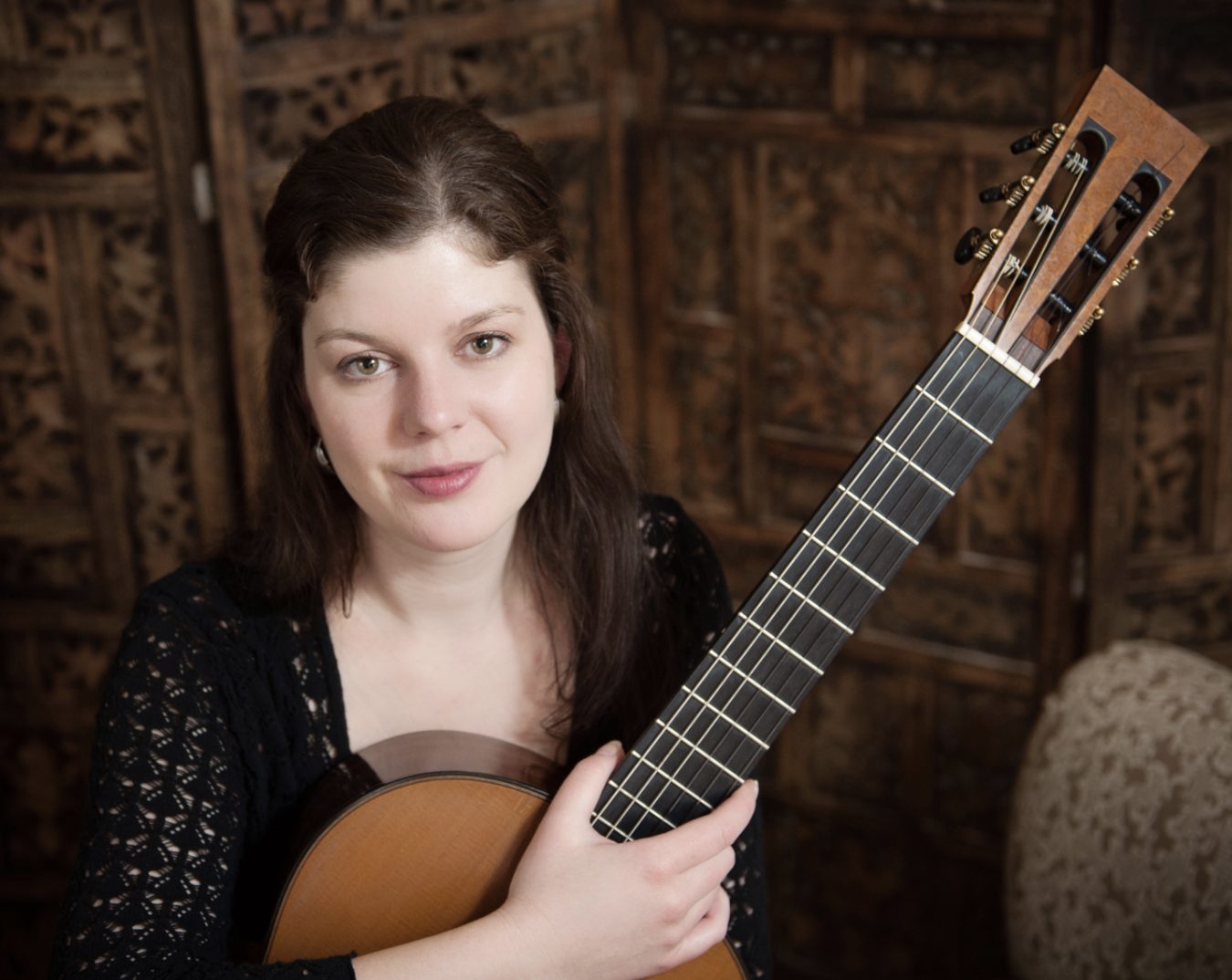 Over the past decade, Emma Rush has established herself as one of Canada’s preeminent classical guitarists. Known for her innovative programming and powerful stage presence, along with her warm sound and virtuosic technique, an event with Emma Rush is one to remember.

Emma Rush’s concert career has commanded world recognition. Recent touring highlights include a four-city tour in China, starting with the Altamira Shanghai International Guitar Festival, appearances at major guitar festivals including Festival de Guitarras Lagos de Moreno (Mexico), the Nyköping Gitaarseminarium (Sweden), and a prestigious concert at the Internationales Gitarren Symposion, Iserlohn (Germany). She performs frequently in Europe and tours throughout North America. In 2016-17 she toured extensively in Eastern Canada as a Debut Atlantic artist. She performs regularly as Azuline Duo with flutist Sara Traficante and in 2018-19 the duo toured Western Canada through the Yukon, BC, and Alberta.  Rush recently appeared in the McMichael Gallery’s Group of Seven Guitar Project documentary alongside such notable guitarists as Bruce Cockburn, Jesse Cook, and Don Ross. In 2018 Rush completed two residencies to both create and research at the Sointula Art Shed in British Columbia and in Lübeck, Germany

“She captivated the audience with her charm, wit and technical prowess”

Emma Rush is passionate about bringing classical music to unusual spaces, and bringing unusual music to classical spaces.  She regularly tours rural, remote, and other communities where live music experiences are rare.  Her concerts are intimate and engaging and feature rarely heard historical works, little-known gems of the Latin American guitar repertoire, folkoric music from around the world, and, always, music by female composers.

Wake the Sigh is Rush’s latest project.  This program, recorded and released in 2020, showcases music written for guitar in the 19th century by women.  In this significant contribution to the guitar library works by seven largely unknown composers are brought to light.  All but three of the tracks are previously unrecorded.  Canadiana (2017) features arrangements of songs by classic Canadian songwriters (Joni Mitchell, Gordon Lightfoot, Stan Rogers) and a new suite dedicated to Emma Rush by Canadian composer William Beauvais.  Her debut album Folklórica (2014) takes listeners to four continents with works inspired by folk music and legend.

“Rush’s technique is flawless throughout…” The Whole Note

Composers are eager for Emma Rush to perform their music and she has had works dedicated to her by the Canadian composers William Beauvais and Timothy Phelan, Mexican composer Winy Kellner, and Jaime Zenamon from Brazil.  Rush is enthusiastic about expanding the Canadian guitar catalogue and has commissioned new works from Amy Brandon, Dale Kavanagh, Jeffrey McFadden, and Craig Visser.

Emma Rush is an avid collaborator.  In addition to her activities with Azuline Duo, Rush performs Guitar Magic concerts with acoustic guitarist James Bryan (Philosopher Kings, Prozzak).  The two perform high-energy sets that showcase classical and fingerstyle guitar playing and how the two can come together.  Rush has toured with Canadian guitarist Timothy Phelan and German guitarist Eva Beneke.

Rush is an award-winning artist and was a prizewinner at the Columbus International Guitar Competition and the Great Lakes Guitar Competition. She has received three City of Hamilton Arts Awards. Her work has been supported by the Canada Council for the Arts, Ontario Arts Council, Hamilton City Enrichment Fund, and FACTOR.

Rush completed her graduate studies at the Hochschule für Musik in Detmold, Germany (2006), following an honours Bachelor of Music degree from Dalhousie University in Halifax, NS (2002).

For information about studying with Emma Rush at Mohawk College visit: www.mohawkcollege.ca/music.

-Student of the music departement of UQAM: FREE

NEW: Payment by credit card now available at the door!

YOU CAN ALSO PURCHASE YOUR TICKET ONLINE NOW BY CLICKING HERE